The 11 World Famous Violinists of All Time

Music is one of those inventions of humankind that can make humans realize the depth of emotions that no other activity on this planet can. And some instruments which make music can single-handedly do that wonder. 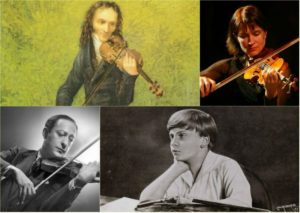 They don’t even need the help of vocal artists or some other tools to compliment. The vibrations they create alone are enough to make that magic. The Violin is one of those instruments.

If you are to make a list of a certain number of top violinists of all time, you can’t do that by doing justice to all the artists who ever played this magical instrument called Violin. There is only one way to sort this list, that is by sorting their perception among audiences.

Here is the list of 11 world’s most famous violinists who did manage to communicate their art most efficiently. 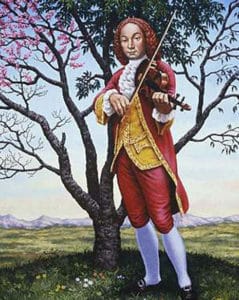 Vivaldi trained for the priesthood and formally adopted it in 1703. The year was monumental for his career as well, the same year he was offered the role of lead violin master at Ospedale dell Pieta.

During the second decade of the 17th century, Vivaldi was at his prime. He published opus 8, 9, 10, 11, 12 and sold it across Europe during this time. Though, his forays did not see much success. In 1740 he moved to Vienna but sadly died well before the production of his famous opera L’oracolo. 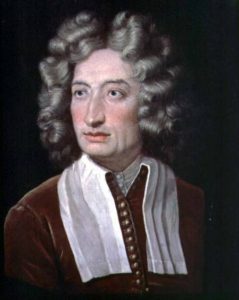 Corelli was another Italian Violinist who did manage to create a niche for his art. Arcangelo Corelli gets credit for developing various new violin styles. Correli also tried his hand at music direction in Pallazo Pamphili, where he performed a dual role of performer and director.

He was excellent as a director. People in fraternity remember him as a father of modern orchestral direction.

His most famous work is 12 Concerti Grossi, which made composition style concerto grosso popular worldwide. Unfortunately, he could not witness the publication of 12 Concerti Grossi. It was published just a year after his death in Amsterdam. 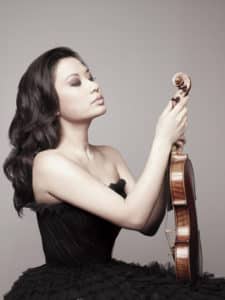 Chang is a Korean-American violinist who made her name in the violin field as soon as she entered a play-school. She was a child prodigy. She started playing this tool when she was just five years old.

Unlike many child prodigies, she did have troubles in her formative years. She kept evolving her art and transitioned into a seasoned Violinist. After making her debut with Mehta and New York Philharmonic in 1988, she did not look back. She played in Concertos like Paganini and Sibelius, that too with top orchestras of the world. 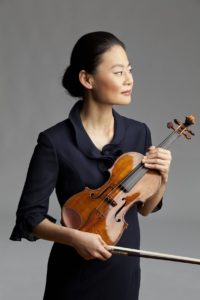 Midori was born in Japan, but now she is an American citizen. She was another child prodigy who inherited the art from her mother, an accomplished violinist. Her mother was quick to identify her talent. One fine morning she saw Midori humming Bach concerto when she was just two years old.

She was awarded ‘Artist of the year’ by the Japanese government in 1988. Also, she’s a recipient of the Kennedy Center Gold Medal in arts (2010). 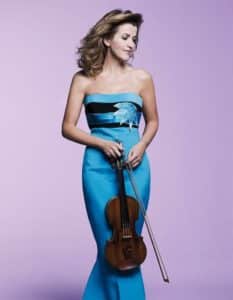 Sophie was born in Rheinfelden, a German town located on the banks of the High Rhine River. The German artist got the support of conductor Herber Von Karajan when she left school, ultimately to make a career as a violinist. With the help of Karajan, she managed to play with Berlin Harmonic.

She made her professional debut in 1976 when she played at Lucerne Festival. She was just 13 at that time. Her repertoire has several classical works, but she made her name in the violin area with contemporary performances. She’s a recipient of the Grammy award for Best Chamber Music and Best Instrumental Soloist. 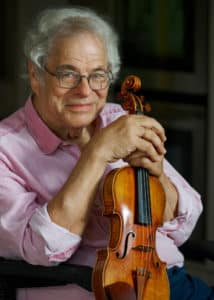 As a violinist, he made his debut in 1963 when he played at Carnegie Hall. He’s one of those artists who played worldwide and managed to create a similar reputation everywhere.

He featured in the Ed Sullivan Show twice in his career. The first appearance was in 1958 and the second in 1964. In his long-spanning career, he received 16 Grammy and four Emmy awards. 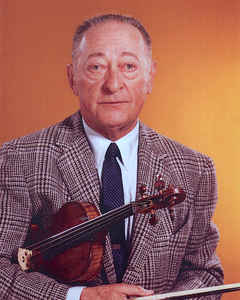 Jascha was an American violinist who had his roots in the former soviet union. He took the big stage for the first time when he made his formal debut at Carnegie Hall. The virtuoso artist was able to impress many star violinists of his time from his first performance only.

His contemporary and another great violinist Heifitz famously said, “we might as well take our fiddles and break them across our knees” after listening to the debut performance of Jascha Heifetz. In 1917, Heifetz was given honorary membership of Phi mu Alpha Sinfonia. 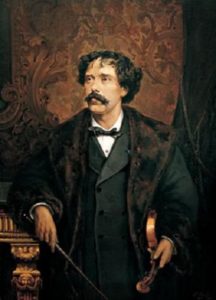 Pablo was a Spanish violinist and conductor. He started playing violin from the very early days of his life. His father was a bandmaster who struggled to make two ends meet.

Pablo was a witness to all the struggle his father went through. That’s why the fact that he chose the romantic genre amazes many people. He was one of the best from the romantic period.

What’s more, he was lucky to get the attention of a wealthy patron who funded his education under Manuel Rodriguez. He never looked back from there. He made his Paris debut in 1860 and later composed the pieces like Spanish dances and Carmen fantasy. 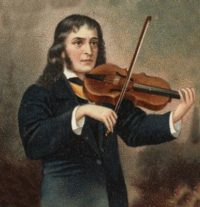 Pagnini, the great Italian violinist, was a master of many arts. He was also a very skilled guitarist and violist. The violin fraternity remembers him as one of the proponents of modern violin technique.

People celebrated Niccollo’s life in many ways. Several great actors portrayed him, showing different traits of his life. Stewart Granger was featured in his biographical portrayal.

He made his reputation as a violinist who composes his work for exclusive concerts. His best piece, 24 caprices, was crafted for Biciocchi court. 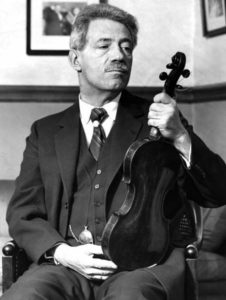 Kreisler is an American violinist who was born in Austria. It did not take him too far to place himself on the world map. Already, he features in the list of all-time greats. He introduced a tone that is not only distinct but also very pleasing when he uses expressive phrasing.

He recorded his last work in the year 1950. His work is extensively available on LP and CDs. Kreisler’s compositions like “Liebesleid” and “Liebesfreud,” which he originally wrote for violin encore, will keep him alive for ages. Grammy also recognized his achievements and awarded him the hall of fame award in 1988. 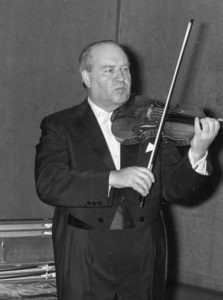 David was born in Ukraine, which was earlier a part of the Soviet Union. He was a very gifted violinist. Like many other prodigy artists, David also started playing very early in life. He made his concert debut in 1914 at the age of six.

David also played as a soloist at Glazunov Violin Concerto; the event was a breakthrough in his career. This performance got him an invitation to play the Tchaikovsky Violin Concerto. After these performances, he received many honors from the USSR government. He was a two-time recipient of orders of Lenin award.

If you observe closely, there is one thing common among all these master artists: their stories’ richness, how they came into the scene and ruled the stage once they got an opening. That is probably why these violinists are celebrated and remembered for their work and their life beyond work.